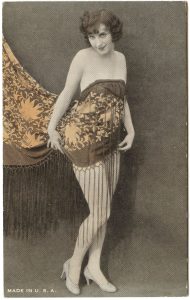 If you asked a group of contemporary burlesque performers or fans to define ‘burlesque’, chances are no two answers would be the same. Burlesque has undergone many changes over the last century and a half. Burlesque today often harks back to burlesque of yesteryear, but during the evolution of the genre, it has become many different things for different people and can incorporate vastly differing styles and types of performance. Hence the difficulty in coming up with a clear definition of burlesque!

So we’ve put together our own ‘Guide to Burlesque’, looking at different kinds of burlesque, both historical and contemporary from around the world. 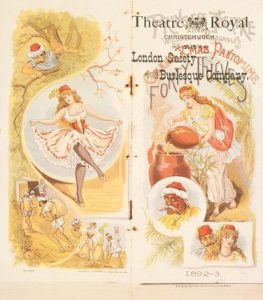 Going back to the beginnings of burlesque, you’d find that in Victorian times, a burlesque show was quite a different affair from our contemporary events.

In those days, the word ‘burlesque’ meant ‘to parody’ or ‘to make fun of’ and typical shows revolved around satire and bawdy comedy. Composed of naughty ditties and saucy sketches, burlesque shows of this time often relied on the divisive class system in the UK, with the different classes using the medium of burlesque to poke fun at those not of their class. Striptease was a definite no-no in Victorian times, although if you were lucky you might see a cheeky flash of ankle or a lady wearing some inappropriately snug trousers! British music hall star Lydia Thomson and her British Blondes troupe were some of the most prominent stars of the Victorian burlesque era. 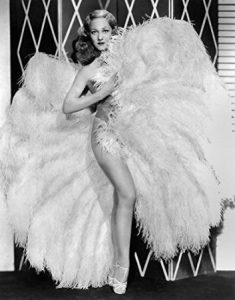 It wasn’t until the beginning of the 20th century, as burlesque began to become popular in the USA, that the clothes began to come off, and the art of the striptease was born. Classic American burlesque in the 1920s, 30s, 40s and 50s became an iconic genre, with many of the stars of that time celebrating a posthumous popularity today. In the 1930s, Sally Rand was noted for her fan dancing and in the same decade Gypsy Rose Lee rose to fame. Having starred in the famous Minsky’s Burlesque, she was noted for her witty banter and songs and her casual striptease style.

The 1950s saw the rise of burlesque striptease more in line with what we are familiar with today from the likes of Dita’s shows; the giant props, opulent costumes and extravagant sets. Famous burlesque stars of this era included the inimitable Tempest Storm (famous for her stunning curves and a career in burlesque lasting over 60 years) and Blaze Starr, who was noted for her stunning physique and gimmicky stage sets and props (including an exploding couch!)

Perhaps one of the biggest names of classic American striptease burlesque was the incomparable Lili St Cyr. Starting out her career as a chorus girl, she made a name for herself as one of burlesque’s biggest stars back in the day, famous for her opulent sets (including her gilded, see-through bath-tub) and also for the drama surrounding her life; from feuds with other performers to the ups and downs of her private life, she was a tabloid favourite who led a tumultuous life both onstage and off. 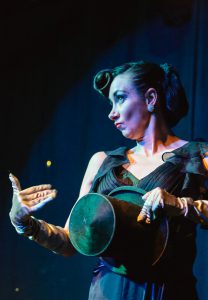 So ‘burlesque’ has clearly come a long way since its beginnings almost a century and a half ago; from parody to striptease, the genre has evolved into what we now know as burlesque in the 21st century. In the USA today, there is still often a strong focus on the visual aspect, with dazzling costumes and scintillating striptease being at the core of many performances. Meanwhile, in good old Blighty, many contemporary performers will employ parody in their routines, often alongside striptease. There is a (widely-debated) belief that ‘true British burlesque’ of the modern day, should ‘tell a story’ and any striptease should be relevant, not just taking it off for the sake of it! (Side-note: this is quite a broad generalisation, and as always, there are those who subvert the norm and work outside the usual box, but we will look at other different kinds of burlesque in our blog series, so stay tuned!)

So there we have it; burlesque – witty, saucy, dazzling and downright scandalous! A multi-faceted art form which continues to evolve through the creativity of those who practice it.